I'm doing some catching up here...

Sonja from the VMQG is a fantastic paper-pieced block designer and her patterns appear in all sorts of magazines.  Now that she's posted the The Halloween Quilt of Awesomeness, I guess I can post these pictures.
Sonja the call out for paper piecers to test her patterns and give feedback on the instructions and difficulty level, so I volunteered.  Here's some I put together for a Halloween quilt she was creating. 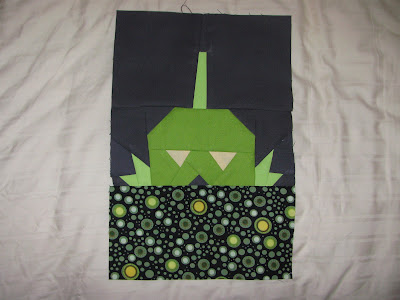 Larry from the Black Lagoon 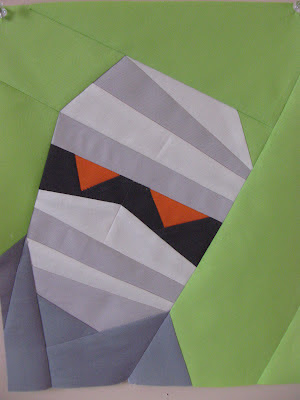 Mumford the Mummy
I also tried a Mrs Mummy.  I think she need pearl earrings and necklace made with sewn-on shirt buttons.  That would be very Mrs. Cleaver, I think.  I shot them on "barnwood" as that's a very etsy thing to do. 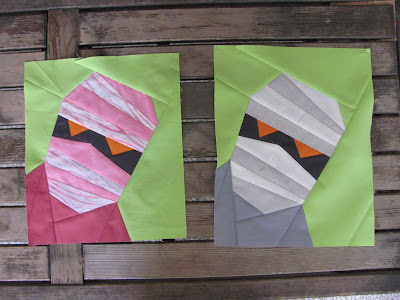 I also made a wolfman.  The request was it had to be a plaid shirt.  The hair didn't have enough contrast against the night sky, so I had to do another one with a lighter sky that turned out much better. 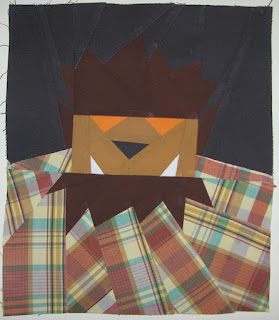 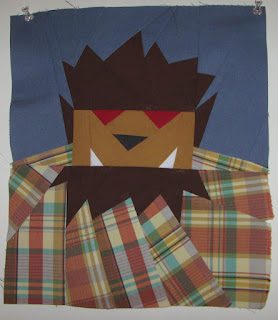 attempt 2
There was also the monster Frank.  Here's the ones I passed back to Sonja.  I changed the lagoon to blue as she wanted the lagoon solid and not bubbly and murky. 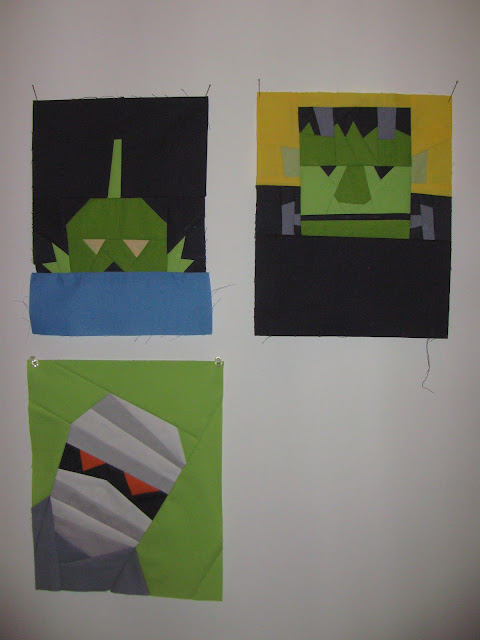 The Halloween Quilt of Awesomeness, a photo by sonjaartisania on Flickr.
Be sure to click through Sonja's pictures to see close-ups of the quilting.
Posted by Paul at 2:19 PM